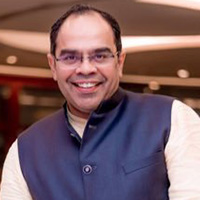 Amit Bhatia ( www.amitb.in ), an award-winning social entrepreneur, is Founder of Aspire Impact since 2007, an impact leadership and ecosystem developer. He is also Founder of Aspire Circle since 2014, India’s pre-eminent fellowship for social leadership. Formerly, as inaugural CEO of The Global Steering Group for Impact Investment (GSG) from 2017-2020, Amit helped build the 32- country multilateral, catalyzing impact investment and entrepreneurship, for social, climate and economic justice. Prior to GSG, Amit was Founding CEO of India’s Impact Investors Council (2014-2017) where he built “Brand India” and grew inbound annual impact investments from USD400mn to USD 1.1 bn.

Open chat
Hi there!
Let me know if you have any questions.
I will be happy to answer them.