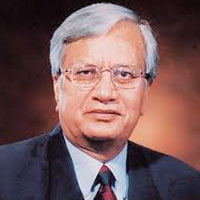 Ravi Kant has played a significant role as CEO/Vice Chairman in making TATA MOTORS (TML) an admired and successful Indian multinational company. He has chaired and held seats on several Tata company boards. Currently he sits on the boards of Vedanta Ltd and Kone, Helsinki, as well as US-based non-profit organisations Enactus and Wonder Work.

The Chairman of IIM Rohtak, he is on the advisory board of IIT Kharagpur and IIT Mumbai as well as on the boards of the NID, and CGIO of the Business School at National University of Singapore. He has chaired the Advertising Standards Council of India, the Audit Bureau of Circulation and the Society of Indian Automobiles Manufacturers.

He studied at Mayo College, Ajmer, received his Bachelor of Technology (Honours) in Metallurgical Engineering from IIT, Kharagpur, India and Master of Science ( Management Techniques in Industry), Aston University, UK. He has been conferred with a distinguished Alumnus Award by the first two and an honorary Doctor of Science (Honorary Causa) from Aston University, in the UK. He is an honorary Industrial Professor at the University of Warwick UK.

Open chat
Hi there!
Let me know if you have any questions.
I will be happy to answer them.